Deadly curses. Unresolved romance. Can this witch expose a killer before it’s too late?

Kit Melbourne can’t shake her lingering love for her ex, even with her new vampire beau. Between bouts of spontaneous telekinesis and her treacherous job impressing her BF’s human-hating guild, she struggles to stay out of trouble. And with someone planting magical traps on her front porch, she barely stays one step ahead of the reaper.

Dodging her fanged boyfriend’s growing thirst, Kit and her crow familiar fend off her mysterious enemy’s unrelenting attacks. But when the assassination attempts threaten those she lives with and her old flame re-breaks her heart, she’s pushed to commit an unthinkable act …

Will Kit unmask her unknown foe in time to protect those she truly loves?

The third book in the Kit Melbourne series is just as fantastic as the first two. Some time has passed between the second and third book, and Kit is now a Dayrunner for the leader of The Guild, a vampire run group. Now dating Fain, the sexy vampire who helped her in Dryad’s Blade, Kit still loves and longs for Fenwick, her ex. Unfortunately, because of the sacrifices Kit made to save his life, Fenwick has no recollection of their love. Sigh.

After several attempts on her life are made, Kit knows her life is in danger again, and she struggles to protect herself and her boss while dealing with the grief of her lost love and the ever-growing hunger of her vampire lover.

One aspect of the book that I really liked was the overarching prophecy. At the start of book one, Kit’s brother reads her tea leaves and makes several predictions about her life, including an attempt on it. Though those predictions seemingly came true in the first book, one could argue that one prophecy came true in each book, with the final prophecy (about the attempt on her life) coming to fruition in Vampire’s Dayrunner. The depth of development and the utilization of overarching themes and events contribute to the skillful complexity of the story-line.

In addition to a well-developed story-line, the characters continue to grow as well. Kit continues to show her selflessness and determination, but in this book, she also seemed a bit more mature. She is more self-aware, she is taking better care of herself, she has a stable, if dangerous, job, and she has chosen (some) better friends. I like Kit’s character arch and her realistic and flawed character.

I also want to mention the love story, which is a large part of all three stories in the series. Kit and Fenwick are soul mates if only he would remember it. It was heart-breaking to read of Kit’s loss and to see Fenwick moving on. However, as the story progressed, it was clear that their story wasn’t finished. I very much enjoyed watching their story unfold and look forward to seeing more of them in future books.

This is a fabulous urban fantasy series with a strong and likable protagonist (minus her penchant for dog biscuits – so gross!), a great love story, and an epic, action-packed plot. I can’t wait to read the fourth book in the Kit Melbourne series so I can find out what Kit, Fenwick, and her other friends get mixed up in next!

Thanks again to Kater Cheek for a copy of the book in exchange for my honest review.

Though this could be read as a stand-alone, I would recommend reading the first two books in the series before reading this one. Readers who like quick-paced urban fantasies will love this story!

Check out my review of Witches Jewel, book 1 in the Kit Melbourne series, or my review of book 2, Dryad’s Blade! 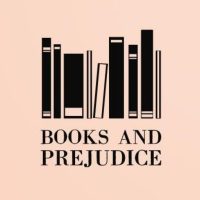 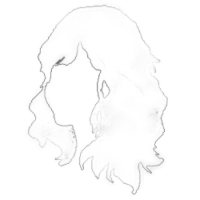 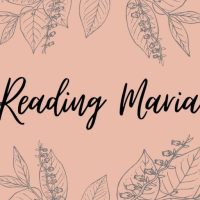 I read. I judge. You can't get enough.

We don't just LOVE books, we CRUSH on them!

Just a girl who loves to review books