A SERVANT blackmailed into becoming a princess’s decoy.

A BODYGUARD determined to keep her alive.

A PRINCE forced to execute his father’s brutal laws.

A PRISONER used to keep him compliant.

A WORLD on the brink of war.

In one horrible night, Clare goes from kitchen maid to royal decoy. She has three months to become the princess’s perfect double so she can ensure her betrothal to an enemy prince. Desperate to survive, Clare throws herself into self-defense training, taught by her distractingly attractive bodyguard. The danger increases when a ruthless assassin begins stalking her, intent on ending the tenuous peace.

Across the northern mountains, Prince Grayson is his father’s ultimate weapon. He carries out the king’s harsh orders because the one person he cares about is his father’s prisoner. Grayson’s silent obedience is tested when his father plans to exploit the marriage alliance between two of their greatest enemies. If Grayson submits, the blood of thousands will spill. If he resists, the girl who means everything to him will die.

It sounds so good! Have you read it? What do you think? What book are you anticipating? Comment below! 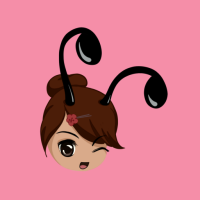 Secrets Of a Bookworm

A Little of Everything