Title: If We Ever Meet Again

Synopsis: One year, two opposites, and a love that will blindside and, ultimately, shatter them.

She’s an aspiring interior designer who dreams of falling in love. He’s an ex-football star who thinks love is a con. She’s a virgin, and he doesn’t do virgins. He’s cocky, infuriating, and not her type. She wants the fairytale. He wants freedom.

Blake and Farrah shouldn’t have fallen for each other the way they did: totally, completely, and irrevocably. Because they’re studying abroad in Shanghai, and they only have one year. Because forces at home threaten to rip them apart, even if they don’t know it yet. And because, eventually, they must face the most heartbreaking lesson they’ll ever learn: sometimes, even the greatest love can’t conquer all.

If We Ever Meet Again is a slow burn New Adult contemporary romance. It contains profanity and explicit content. Recommended for 18+.

Ana Huang’s If We Ever Meet Again is an emotional and realistic story of first love. Set during a year abroad program in Shanghai, the novel focuses on Farrah and Blake, two young and relatable characters. I adore the slow-building romance between Farrah and Blake! It is deep and true (and pretty steamy), and filled with good and not-so-good moments. Set against the amazingly described setting of Shanghai, their blossoming romance is wonderful and heartbreaking and is filled with happiness, exploration, confusion, and disappointment.

Farrah and Blake are so different yet so alike. She’s innocent, and he’s experienced. Blake is a popular college football star bound for the NFL, and Farrah is a hard-working college student working toward a career in design. She has plans for her future, and he’s still trying to figure out his life, especially since he left football for good. She has strong support from her mother, while Blake maintains a strained and distant relationship with his parents.

However, Farrah and Blake are both intelligent and part of a wonderful educational program. They are both funny, helpful, and strong. Farrah and Blake also share family issues, regrets, and insecurities. I love how well they connect. The way in which their story develops is fabulous, and the emotional connection that they have is swoon-worthy! Check out this particularly swoon-worthy moment:

A veil had lifted, allowing her to see all of him and all of her reflected in those blue depths. Every feeling, every decision, every choice – not just theirs but those of everyone who’d come before them. Thousands of years, millions of moving pieces that had to fit, if only for a second, so the could be where they were in that moment.

The way that they encourage each other to reach for their goals is beautiful. They see promise in each other and don’t feel the demands and expectations they left in America. I like how they boost each other up and support each other’s dreams.

You can either stay in your comfort zone or do something that makes your heart goddamn race. One’s safe. The other is scary as hell. You know where the safe path takes you – but it only takes you that far. The scary path? No one knows. It could be awful. Or it could be the best decision you’ll ever make.

Farrah and Blake have a passionate love affair that I wholeheartedly rooted for. They meet by happenstance as if fated to be together. Unfortunately, life gets in the way and causes problems for Farrah and Blake. I cried for their troubles and heartbreaks and laughed at their silly moments. I became totally invested in these characters and their experiences while studying abroad and falling in love.

I particularly like Huang’s vivid descriptions of Shanghai and other locations in China. I felt like I was strolling the streets with the characters, exploring new places with friends, eating and enjoying myself in Disney Land, and even standing at the top of a building waiting to bungee jump with Farrah and Blake. The imagery used when the characters visit the Great Wall of China and other popular attractions paints a captivating picture and adds to the romantic atmosphere.

I also liked the secondary characters in the story. Farrah and Blake have a core group of friends that they spend time with. The witty banter is realistic and funny, and it is clear the group had a great friendship. Farrah worries that the family she formed while in Shanghai won’t last past their year abroad, but I suspect (and hope) that Kris, Olivia, Sammy, Leo, and the others appear in the next book.

If We Ever Meet Again is a wonderfully developed, character-driven story that depicts the beauty of falling in love in a foreign land and the heartbreak of facing reality and making poor choices. The richly detailed setting, the fantastic characters, the love story, and the poignant messages about friendship, family, loss, and finding oneself make for an immersive read. I can’t wait to read the second book to see what happens to Farrah and Blake in the future! Thanks so much to the author for a copy of the book in exchange for my honest review.

Fate, as grand and omniscient as she was, wouldn’t bring two people together, then tear them apart. Fate was the only thing that trumped time.

They left themselves open so the other could rush in and fill the space that had been empty for too long.

Readers who like new adult contemporary romance with interesting characters, a vivid setting, and a wonderful and heartbreaking love story will adore this book!

14 thoughts on “Review: If We Ever Meet Again by Ana Huang”

Leave a Reply to One Book More Cancel reply

Follow One Book More on WordPress.com
Join 6,322 other followers

I’m so excited to be on the book tour for Lyndall Clipstone’s Forestfall! It’s a dark and suspenseful read with spooky, eerie vibes – perfect for the fall season!
🖤 Hardcase Art Reveal: “Desemir’s Offer” 🖤
Review: ⭐️⭐️⭐️⭐️⭐️ One Dark Window is a fantastic debut novel by Rachel Gillig! It’s exciting and original with a fabulous cast of characters, tons of intrigue, and the best enemies to lovers romance.
Is there anything better than getting book mail from one of your favorite authors? I was caught by the neighbors doing a little happy dance when I saw this package in the mail today from @melissaoliverauthor 😊
Happy book birthday to to A Spark of Death and Fury by @authornicolebailey . This is the fourth and final book in the Apollo Ascending series, and it’s fantastic! It’s rare that a book leaves me speechless, content to ruminate over everything that happened, but I found myself sitting with this book and thinking about the incredible journeys all of the main characters went on. This is an epic conclusion to a brilliant series and one I’d highly recommend to readers of Greek myth retellings.
🖤 Interior Reveal: The Melody and the Master 🖤 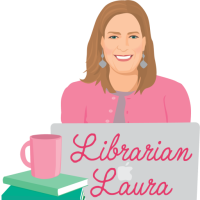 Book reviews of upcoming and popular books, both YA and Adult Fiction

If you love books and beverages, you've come to the right place.

Simone and Her Books

Books, Reading, and everything in between

Life With No Plot

My meanderings through life and writing . . .