Maris Hall’s name isn’t spoken. Her writings were burned. Her images erased because of the horrendous thing she did. As a third-generation inhabitant of the red desert planet Erimost, Tessa Hall ironically knows precious little about her own family history, despite being the city historian.

When she discovers the journal of her grandmother, the first historian, she slowly comes to realize that the secrets of the past might be the key to saving the present. It speaks of aliens who feed on stories and devastating famines. Are the contents true or simply the ramblings of a madwoman?

Mysteriously cut off from communication with the home planet decades prior and with a limited supply of the medicine that helps them tolerate the harsh environment, the people of Erimost are in a precarious position. In a race to understand herself and the planet she’s always despised, what secrets will Tessa uncover?

I enjoyed reading Starlight Seized, a new YA sci-fi novel from China Dennington. The story focuses on Tessa, a young woman who wants to learn more about her disgraced grandmother. Maris, her grandmother, was tried and convicted of terrible crimes. When she obtains her grandmother’s personal journal, Tessa learns that things aren’t always what they seem, and what happened to Maris in the past could actually be the key to saving the inhabitants of Erimost.

The world-building is vivid and descriptive without feeling overwhelming. I think this is sometimes difficult, especially when the setting takes place on a different planet or in a unique universe. The dual narration is great as well. I liked that the point of view switched between Tessa and her grandmother, so, as Tessa reads and learns about Maris, and as Maris explores her new planet, so does the reader. Tessa and Maris’ stories are woven together well and make for an interesting read. I wondered throughout the book how the young, kind woman in the journal became a villainous murderer, and the story that unravels is not what I expected.

Tessa and Maris are alike in many ways. They are both curious, intelligent, and willing to question authority. They are problem solvers who each deal with major obstacles. Tessa lives in a society that has been cut off from their home planet for decades, and the medicine that she and the rest of her society need to survive is running out. On top of that, Tessa is bound for a career that doesn’t excite her, and she lives with the knowledge that her relatives are considered murderers. This weight hangs heavily over her family.

Maris is one of the first colonists of the planet and encounters many problems she never expected. From making friends to falling in love to finding out more about the planet they inhabit, Maris encounters many dangerous situations and risks her life to help others. I don’t want to give much away, but people and situations in Maris’ story become significant in Tessa’s quest to help her people.

A story of love, redemption, the search for truth, and the power of words, Starlight Seized is great for readers who enjoy young adult sci-fi novels with dynamic characters and world-building. Thanks so much to the author for a copy of the book in exchange for my honest review.

You tell the right story, at the right time, and the whole world can change.

Fact and emotion are always intertwined, seemingly stretching away from each other, but only with both can you see the entire picture. Emotion without fact is difficult to temper. Fact without emotion is the food of a society that desperately wants to avoid its own humanity.

I’ve learned from experience and infallible law of the universe: when told to do something or be a certain way, we inevitably push back against that idea. We fight against it until we either conform or we fall from the exhaustion of the effort. 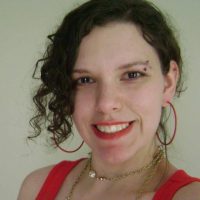 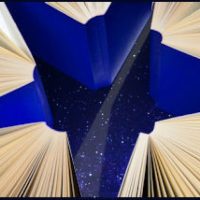 The Magical World of Reading

Reading is Dreaming with Open Eyes

A bookworm in the library
Stories I've Never Told...

Thoroughly reviewing Old TV Shows, Movies, and Books Before You Forget Them

Laura's Book Binge
A Librarian and Her Books

Literary Musings from a Casual Reader