Synopsis: No one is more surprised than Asher, one of the oldest vampires on Earth, that he’s attracted to vamp hunter Jo Radcliffe. She’s smart, a talented slayer, and she’s gorgeous. Something about her pulls at him, like no one ever has before. For a man, whose name strikes fear in everyone—this is something new and intriguing. And quite possibly deadly, if she discovers his secret.

Jo has two things in common with the handsome Asher—they are both slayers and someone is messing with them in a very-much-trying-to-kill-them way. She’s not so happy about joining forces with a dude she doesn’t know. But he’s sexy as hell and really good at his job as one of the Forgotten Brotherhood, whose business it is to execute misbehaving paranormals.

She knows she’s bait in a larger plot to harm Asher and the Brotherhood. And there is nothing he won’t do, no line he won’t cross, to keep her safe—which may be the weakness that destroys them both.

Jo is a vampire hunter whose main goal in life is to eradicate the world of vicious blood-suckers. Asher is an ancient vampire who is part of The Brotherhood, a group of supernaturals who live by a strict moral code and mete out justice only to those who deserve to die. One of the most dangerous men in the world, Asher never thought he would fall for someone. But there’s something about the fierce vampire-huntress that he can’t resist. Bound together by emails that have targeted both Jo and the Brotherhood, Asher and Jo work together to find out who is behind the attempts on Jo’s life.

The feelings between Jo and Asher are deep and passionate. I love that Asher is attracted to Jo’s strength and confidence. He likes how she handles herself in battle, and he’s amazed by her skill. Jo, in turn, appreciates Asher’s skill in combat and immense self-control. Neither ever let their guard down, and they are both slow to trust, which makes sense considering their pasts and their lives as hunters. It also makes for some sizzling chemistry! Jo and Asher are so drawn to each other, and their connection is strong and awesome to see grow.

Burning Ash is a great story for readers who enjoy paranormal romance with strong heroines, powerful alpha males, and a lot of action. Though it is the third book in the Forgotten Brotherhood series, it can easily be read as a standalone, as can the other books. Thanks so much to Netgalley and Entangled Publishing for a copy of the book in exchange for my honest review.

The other three were gresat beasts of prey circling each other, each vying for dominance. But she was no tethered goat waiting to be slaughtered.

There were obstacles between them that couldn’t be overcome, bu he’d lived long enough to know what was happening between them was a rare and beautiful thing. Whatever it took to protect it, to protect her, was what he would do. And may the gods have mercy on those who tried to take her from him, because he wouldn’t. 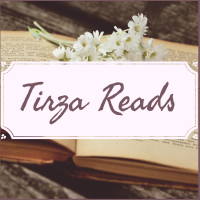 Come and talk to me about books