Synopsis: Women have no ability to cast spells. That’s what wizards have said for generations—and it’s a lie.

In this second book of the Clandestine Magic trilogy, Beatrix Harper wants to expose that lie to protect her sister’s life. Her desperate plan: Train tens of thousands of women in secret, then shock the nation with a display of their magic. She thinks it will work—if only she can keep the details from her town’s wizard, Peter Blackwell.

But that’s nearly impossible thanks to their unwanted magical connection. Peter, meanwhile, fears that his own desperate goal—to counter the terrible weapon he should never have invented—is doomed to fail.

Their plans are about to collide. Disastrously.

If you’re a reader who prefers to know upfront whether a book has a happy ending, what the level of violence or trauma is, whether there are sex scenes and how substantial a part romance plays in the plot, you can find a link to those details in Colleen Cowley’s author profile. One scene in the book includes a character discussing a past trauma, and the link has more specifics.

Oh my gosh, I just love the Clandestine Magic series!! The characters are fantastic, the plot is carefully woven, and the political and social situations are as intricate and complex as the magic. Beatrix and Peter are fascinating characters, and their passionate, angst-filled romance is at the heart of the story.

Dynamically developed, Beatrix and Peter continue to deal with the ramifications of creating multiple vows and binding themselves to each other. Now, irrevocably tethered, they share dreams and emotions, which complicates an already complicated relationship. I loved this part of the book! You can tell that Peter and Beatrix care for each other, but they still don’t trust their feelings because of the vows.

I also like that Beatrix and Peter learn more about their contracts and what happened to others in similar situations. The continued development and explanation of the magic and history of the society contribute so much to the immersive world-building, as do the mundane daily duties and situations that Peter and Beatrix encounter, which stand in stark contrast to the dangerous and potentially deadly magic-related obstacles that plague them.

Beatrix fears for the safety of her sister and friends, and she puts her life in even more danger when she starts teaching other women magic. Peter, who invented something for the government that could destroy everything, is still trying to prevent a cataclysmic catastrophe from occurring. He and Beatrix also struggle with the morality of several of their actions.

Of course, the inequitable government and shady politics are the cause of most of Beatrix and Peter’s problems. Though the couple doesn’t always see eye-to-eye, they both see how the government manipulates, oppresses, and threatens the citizens. Both want to invoke change and end the absolute power that the government holds over the people. Beatrix’s sister and friends, as well as many townspeople, echo these desires.

I liked that many of the minor characters from Subversive have larger roles in Radical. I especially appreciated that Cowley explored the relationship between Beatrix and her sister more. Beatrix and Lydia leave a lot of things unsaid throughout their lives, and they face these unspoken issues and resentments. The scenes where Beatrix and Lydia open up to one another are poignant and moving. It’s interesting that, though Beatrix and Lydia see things so differently, they both act out of respect and love. I think they both learned a lot about each other and themselves in this story.

Peter’s relationships with townspeople, as well as an ex-coworker, are explored in greater detail in Radical as well. These growing relationships help Peter become more sure of himself and his goals. As he becomes closer to others, especially Beatrix and his friends, he seems more determined and sure of himself, and I loved that! He is a solitary man, who often isolates himself, so seeing him slowly open up to others is heart-warming.

Radical is a wonderful follow-up to Subversive. The situations are increasingly more intense and dangerous, and the stakes are so much higher for Beatrix and Peter. Secrets, lies, and betrayal are abundant in the story, and just when you think you know what’s going to happen, Cowley stuns you with an unexpected and shocking twist. The last few chapters left me stunned, heart-broken, and hopeful all at once. I couldn’t put the book down, and I can’t wait for the final book in the trilogy! Thanks so much to the author for a copy of the book in exchange for my honest review.

It wasn’t until she proved her internal compass wasn’t infallible that he realized how much he’d relied on her for navigation through the dangerous waters they both treaded.

She wanted them to be on the same side. She felt the absence of his faith and support as if they were organs she could barely function without.

Don’t give up hope. I mean it. Hope is all we have in this patchwork life.

They had more faith in each other than they did in themselves.

This is not a standalone, so I would recommend reading Subversive, book 1 in The Clandestine Magic series.

Check out my review for Subversive! 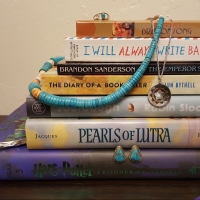 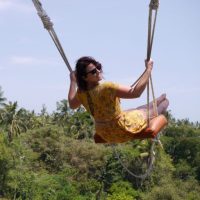 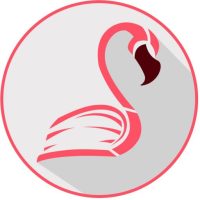 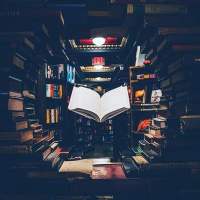 Aleks and the Books

I just want to read all the books in the world

life between the lines

blog - a bolt out of the book

a literary blog where books are both shocking and electrifying