Synopsis: Ice-princess, Sara Sinclair, is the most un-Blue Blue Dragon of her Clan. And now her parents signed a marriage contract to an absolute asshat. Sara has no interest in being one half of a snobby Blue power couple. In fact, all she can dream about is biting her obnoxious fiancé’s head off and burying him in the garden. Since that can’t happen, her future seems like a lost cause, until she meets Ian, a fire-breathing Red Dragon—who is everything her fiancé is not.

Now Sara’s jumped from the frying pan into the fire because dating outside of your Clan is against Directorate law. Ian could be thrown in jail or executed without a trial. But now that she knows what love feels like, she can’t imagine being with anyone else.

Talk about a rock and a hard place…

Star-Crossed Dragons follows Sara and Ian, a couple from different dragon clans that fall in love. Social rules forbid their romance, and Sara and Ian must choose between love and duty. Will they risk their lives and all that they know to seek a future together? Can love conquer all?

The story is told from both Sara and Ian’s perspective, which I liked because it provides a fuller look at the society and the events in the story. Since Ian and Sara are from different clans, their lives don’t intertwine. Having both perspectives shows how vastly different their worlds are. It also shows the major disparities between the different clans and how inequitable their world is.

Though Sara lives in the most elite clan of dragons and is privy to all the fineries and comforts in life, she constantly questions the society in which she lives. She wonders why people are separated into specific clans and not allowed to mingle. She hates the oppressive duties expected of her as a woman in the Blue clan and rejects the future that awaits her. I like that she questions and doesn’t just blindly follow the unjust and inequitable dictates of her family and society.

I also like the forbidden romance between Ian and Sara. As members of different clans, they are not supposed to have a relationship. On top of that, they are both promised to other people. However, they didn’t choose the people they are betrothed to, and they can’t fight their deepening feelings. They are a passionate young couple with a tremendous amount of love for each other. They’re both willing to abandon all that they know in order to have a future together, even though they both have many doubts and worries.

One of the biggest obstacles in their way, other than the harsh and restrictive rules of society, is Sara’s intended Ferrin. Ferrin is a spoiled, domineering, arrogant person who treats Sara poorly. Sara’s interactions with him grow increasingly painful, and I detested him on so many levels! I think I rooted for his demise as much as I rooted for Sara and Ian’s happy ending!

I enjoyed the story, though there was a lot of build-up, and the pacing was a bit choppy at times. Much of the story takes place while Ian and Sara are at school and trying to figure out their feelings. Some parts felt like they went on and on, while other scenes felt rushed, especially toward the end. Also, I was hoping to learn more about the world and society that they lived in as well as the history of the clans. That being said, the romance, the dystopian society, and Sara’s character were fantastic.

This is a quick and entertaining read that will appeal to readers who like teen romances set in a supernatural world. Thanks so much to NetGalley, Entangled Teen, and the author for a copy of the book in exchange for my honest review.

When she was near it felt like he’d found his place in life. Like he was where he was supposed to be.

If you take care of something with patience and pride it will bloom for you when the time is right. 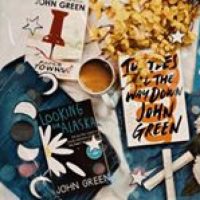 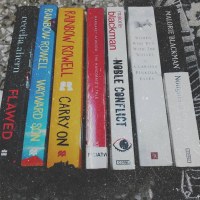 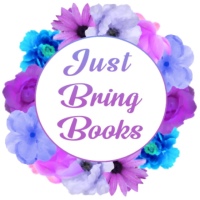 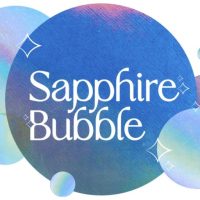 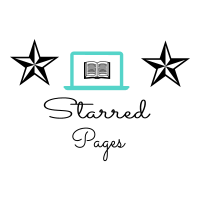 Books and Books, and Books - Oh My!

a blog by Apekshita Pandey

Reading and Dreaming to enter Neverland...