Hey there! This week I’m participating in Six for Sunday, a meme hosted by Steph at A Little But a Lot. The February theme is “Read it and Weep!” and the prompt this week is:

Books That Made Me Feel

This should be interesting. I’m a deeply emotional person and am easily moved. I can’t make it through a Disney/Pixar film without crying at least once, and I have been known to cry during dog commercials. I’m often teased about this, but I can’t help the fact that I feel deeply. So, when I saw this prompt, I chuckled. It would be easier to answer the prompt Books That Didn’t Make Me Feel.

1. A Court of Silver Flames by Sarah J. Maas

This is one of my most recent reads, and it is unbelievably good. Nesta was not my favorite character going into the story, but by the end I loved her. This is the kinds of story that makes you feel ALL of the feels. Happiness, fear, anger, frustration, hope, and so much more. Sarah J. Maas is on my list twice because she is a master at pulling the reader into the story and making them FEEL.

“I am the rock against which the surf crashes.” Nesta straightened at the words, as if they were a prayer and a summons. Gwyn lifted the blade. “Nothing can break me.”

Synopsis: Nesta Archeron has always been prickly-proud, swift to anger, and slow to forgive. And ever since being forced into the Cauldron and becoming High Fae against her will, she’s struggled to find a place for herself within the strange, deadly world she inhabits. Worse, she can’t seem to move past the horrors of the war with Hybern and all she lost in it.

The one person who ignites her temper more than any other is Cassian, the battle-scarred warrior whose position in Rhysand and Feyre’s Night Court keeps him constantly in Nesta’s orbit. But her temper isn’t the only thing Cassian ignites. The fire between them is undeniable, and only burns hotter as they are forced into close quarters with each other.

Meanwhile, the treacherous human queens who returned to the Continent during the last war have forged a dangerous new alliance, threatening the fragile peace that has settled over the realms. And the key to halting them might very well rely on Cassian and Nesta facing their haunting pasts.

Against the sweeping backdrop of a world seared by war and plagued with uncertainty, Nesta and Cassian battle monsters from within and without as they search for acceptance-and healing-in each other’s arms.

2. The Song of Achilles by Madeline Miller

I rave about this book on the blog all of the time. It’s such a moving story, and the writing is beautiful. I loved the writing so much that I posted my favorite quotes in a new series on my blog called ‘Loving the Lines‘. This is a book that I know I’ll read over and over again. I just read it in December, and I’m already ready for a reread!

The Six of Crows duology is AMAZING, and Crooked Kingdom all but destroyed me. Leigh Bardugo is such an amazing writer, and Crooked Kingdom is one of my favorites. This is another book that makes you feel so many different, and often conflicting, emotions, and I was so there for it!! I found the characters and the story very moving.

I would come for you. And if I couldn’t walk, I’d crawl to you, and no matter how broken we were, we’d fight our way out together—knives drawn, pistols blazing. Because that’s what we do. We never stop fighting.

Synopsis: Welcome to the world of the Grisha.

Kaz Brekker and his crew of deadly outcasts have just pulled off a heist so daring even they didn’t think they’d survive. But instead of divvying up a fat reward, they’re right back to fighting for their lives.

Double-crossed and badly weakened, the crew is low on resources, allies, and hope. As powerful forces from around the world descend on Ketterdam to root out the secrets of the dangerous drug known as jurda parem, old rivals and new enemies emerge to challenge Kaz’s cunning and test the team’s fragile loyalties.

A war will be waged on the city’s dark and twisting streets – a battle for revenge and redemption that will decide the fate of the Grisha world.

4. House of Earth and Blood by Sarah J. Maas

When I finished this book, I couldn’t even talk about it. In fact, I never wrote a review for it. It was one of my most powerful reads of 2020, and I had a difficult time putting into words all the ways it affected me. In typical Sarah J. Maas form, HoEaB made me feel all of the feels. Some scenes had me laughing out loud, and others had me ugly crying because even though the story in no way resembles anything I can relate to, the character’s feelings are so relatable and understandable. Bryce’s grief and anger and fear and rage are so palpable and relatable, and it just wrecked me on so many levels. (In a cathartic and good way.)

But she was the one person I could be myself around and never feel judged. The one person that I knew would always pick up the phone, or call me back. She was the one person who made me feel brave because no matter what happened, no matter how bad or embarrassing or shitty it was, I knew that I had her in my corner. That if it all went to Hel, I could talk to her and it would be fine.

Synopsis: Bound by blood.
Tempted by desire.
Unleashed by destiny.

Bryce Quinlan had the perfect life—working hard all day and partying all night—until a demon murdered her closest friends, leaving her bereft, wounded, and alone. When the accused is behind bars but the crimes start up again, Bryce finds herself at the heart of the investigation. She’ll do whatever it takes to avenge their deaths.

Hunt Athalar is a notorious Fallen angel, now enslaved to the Archangels he once attempted to overthrow. His brutal skills and incredible strength have been set to one purpose—to assassinate his boss’s enemies, no questions asked. But with a demon wreaking havoc in the city, he’s offered an irresistible deal: help Bryce find the murderer, and his freedom will be within reach.

As Bryce and Hunt dig deep into Crescent City’s underbelly, they discover a dark power that threatens everything and everyone they hold dear, and they find, in each other, a blazing passion—one that could set them both free, if they’d only let it.

This is another story in which the protagonist talks about grief, and I really connected to it. This book offers such a powerful, insightful, and truthful perspective on grief, and Talise’s feelings perfectly reflects the pain of loss and the enormity of grief.

So much nothing. But if it was nothing, then why did it hurt so much…It was an interesting thing living with such deep pain. It never went away or felt less painful. The ache always hid right there under the surface of her skin. But she’d been living with it for years now and had learned to make it a part of her.

Synopsis: The people of Kamdaria are angry.

If Talise doesn’t gain back their loyalty soon, it might be lost forever.

A story of Robin Hood and Marian’s daughter, Hood is awonderful story filled with touching and poignant scenes. There are also some really fun scenes filled with witty-banter and and teasing. It’s another book where I laughed, I cried, and I felt moved on many occasions – I definitely felt tons of feels reading this one!

Be braver than you feel.

Synopsis: Isabelle of Kirklees has only ever known a quiet life inside the sheltered walls of the convent, where she lives with her mother, Marien. But after she is arrested by royal soldiers for defending innocent villagers, Isabelle becomes the target of the Wolf, King John’s ruthless right hand. Desperate to keep her daughter safe, Marien helps Isabelle escape and sends her on a mission to find the one person who can help: Isabelle’s father, Robin Hood.

As Isabelle races to stay out of the Wolf’s clutches and find the father she’s never known, she is thrust into a world of thieves and mercenaries, handsome young outlaws, new enemies with old grudges, and a king who wants her entire family dead. As she joins forces with Robin and his Merry Men in a final battle against the Wolf, will Isabelle find the strength to defy the crown and save the lives of everyone she holds dear?

Have you read any of these books? Which books make you feel? Comment below!

20 thoughts on “Six for Sunday: Books That Made Me Feel” 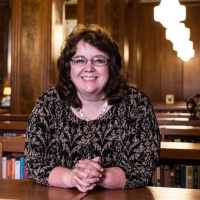 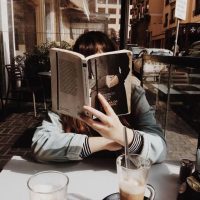 Bookish Tours for All

Never underestimate the power of coffee and a good book

A book blog for romance lovers

Jenny in Neverland
It's All About the Book

Musings on the Written Word