Synopsis: Poppy is packing her bags to spend two blissful weeks alone on an island. It’s time away from the ex-husband who hasn’t quite moved out yet, and reminders of the marriage they rushed into young, before she’ll kick back on a girls’ holiday with her oldest friend Lola.

But before Poppy can set foot on the ferry, Lola waylays her. She has her first high-profile wedding planner gig on the neighbouring island, and there’s a problem – the photographer has bailed.

Poppy agrees to help out for Lola’s sake. But soon the bride confides she has cold feet and asks Poppy’s help escaping the island, and then Poppy realises she recognises the groom. Embroiled in a high-society disaster waiting to happen, Poppy has to save the wedding… but should she?

The Wedding Crasher will have you in stitches from start to finish – don’t miss the new uplifting book from Abigail Mann! Perfect for fans of Marian Keyes, Sophie Ranald and Beth O’Leary.

The Wedding Crasher follows Poppy, a woman who still lives with her emotionally abusive husband even though they aren’t together and are headed toward divorce. During school holiday, Poppy decides to get away and work on her photography. However, right at the start of her trip, her best friend and wedding planner Lola begs her to help with a top-secret wedding. Surprisingly, Poppy knows the groom from college, and they reconnect amid the chaos of a wedding that seems destined to fail.

I have mixed feelings about this book primarily because I thought it was a rom-com, and it didn’t feel like one. It was an entertaining read, but it wasn’t a typical romance. Instead, it was a book about breaking up and finding oneself. The story highlights the pain of facing the end of a relationship, the reflections on a failed marriage, the trials and tribulations of friendship, and the complexities people face when trying to start over.

Poppy is a well-developed protagonist who goes through so much over the course of the story. A passive wife who puts up with a lot, Poppy begins to take charge of her life, and I like that she slowly starts to see her worth. She goes from being a pushover with her family and friends to standing up for herself and what she wants in life. I like her progression and her commitment to helping herself. Will is also well-developed and interesting. The son of a wealthy and arrogant businessman, Will never lives up to his father’s expectations, and he struggles to admit his feelings and stand up to the people in his life for most of the book. Other characters, though interesting, are not as fleshed out as Poppy and Will.

The flashbacks give the reader glimpses into Poppy’s relationships with her soon-to-be ex-husband and Will. It’s interesting to see how these relationships began and grew when they were younger. It’s also interesting to see how some characters grew and changed, and some remained the same. Poppy’s husband Josh, for example, showed signs of toxicity from the start, and his narcissism was pretty evident from the start. He was so manipulative and threatened by Poppy’s success even when they were younger. The flashbacks to Poppy’s friendship with Will show a major contrast between him and Josh, especially in how they treat Poppy.

I think I would have enjoyed the book more if I hadn’t gone into it thinking it was a rom-com. It’s really a story about a woman coming to terms with her divorce and figuring out who she is without her husband and her marriage to define her. I think the book will appeal to readers who like women’s fiction, and I’m thankful to NetGalley and the publisher for providing me with a copy of the book in exchange for my honest review.

Failing was bad, but it didn’t hurt as much if you were the one who cast your fate in concrete.

It takes a lot of energy to remind yourself who you are after taking so many tiny steps away from it.

I think readers who enjoy women’s fiction would probably like this book.

4 thoughts on “Book Review: The Wedding Crasher by Abigail Mann”

Leave a Reply to One Book More Cancel reply 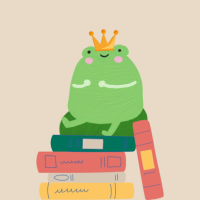