The sun begins its descent beyond the Taygetus mountains, filling the sky with a golden glow as the honor of my family balances upon my shoulders.

Lykou’s challenge hangs in the air. The usual cheers of Carneia have dulled to mere whispers, the crowd surrounding us waiting for my response.

Lykou flashes me a crooked grin and accepts the dory, a whole three meters of bone-shattering wood and metal that Paidonomos Leonidas hands him. His challenge isn’t malicious, but rather a test. We’ve always jested about who would win in a single-combat duel.

Hint: It’s the first book in a new series rich with mythology.

Still not sure? Here’s another hint:

Synopsis: Sparta forged her into a deadly weapon. Now the Gods need her to save the world!

Seventeen-year-old Daphne has spent her entire life honing her body and mind into that of a warrior, hoping to be accepted by the unyielding people of ancient Sparta. But an unexpected encounter with the goddess Artemis—who holds Daphne’s brother’s fate in her hands—upends the life she’s worked so hard to build. Nine mysterious items have been stolen from Mount Olympus and if Daphne cannot find them, the gods’ waning powers will fade away, the mortal world will descend into chaos, and her brother’s life will be forfeit.

Guided by Artemis’s twin-the handsome and entirely-too-self-assured god Apollo-Daphne’s journey will take her from the labyrinth of the Minotaur to the riddle-spinning Sphinx of Thebes, team her up with mythological legends such as Theseus and Hippolyta of the Amazons, and pit her against the gods themselves.

A reinterpretation of the classic Greek myth of Daphne and Apollo, Daughter of Sparta by debut author Claire Andrews turns the traditionally male-dominated mythology we know into a heart-pounding and empowering female-led adventure.

Are you excited to read this one? What do you think of the first lines? Comment below!

Follow One Book More on WordPress.com
Join 6,285 other followers

Book Spotlight! ❤️ This week I received a copy of The Hellion and the Hero, the third book in Emily Sullivan’s League of Scoundrels series. I’m loving this series and can’t wait to read this one!! Special thanks to @readforeverpub for gifting me a copy!
❕Cover and Blurb Reveal❕
Cover Reveal!
Book Mail! Special thanks to @orbitbooks_us for sending me an advanced copy of Longshadow! This is the third book in the Regency Faerie Tales series by Olivia Atwater and is described as Bridgerton meets Howl’s Moving Castle!
Happy Tuesday and a very happy book birthday to THE ALTRUIST AND THE ASSASSIN by Sarah M. Cradit!! To celebrate, Sarah is having a fantastic giveaway.
Have you ever wondered about Daisy Buchanan’s version of what happened in The Great Gatsby? 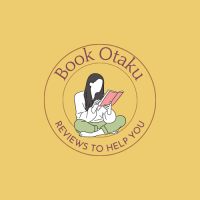 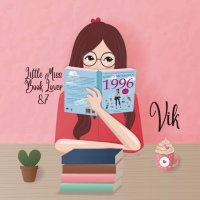 Avery @ B for Bookslut

Helping you find your next read

A person, her cats, and a good book.