Synopsis: Lyra. Lucy. Percy. Once in a generation, a hero emerges whose story enthralls readers worldwide.

Fireborn is an epic quest, perfect for fans of the His Dark Materials and The School for Good and Evil series, that will spin readers into a magical world like no other–and introduce them to an unforgettable new heroine named Twelve.

Ember is full of monsters.

Twelve gave up her name and identity to train in the art of hunting them–so she says. The truth is much more deadly: she trains to take revenge on those who took her family from her.

But when Twelve’s new home is attacked, she’ll find herself on an unexpected journey, where her hidden past is inescapably intertwined with her destiny–and the very fate of her world.

Aisling was born in 1985 and wishes that she had grown up in a magical, mountainous kingdom, but was actually raised in Surrey on a diet of books and Buffy the Vampire Slayer. Her early ‘adventure’ stories involved surprisingly little action and her first novel (3 pages long) was politely declined by publishers at age 11. After earning a BSc in Biology and working as a support worker and then a nurse, the idea for her debut novel, Fireborn, came to her as she moved back and forth between London and the US. Now based in Hackney, when she is not reading or writing, Aisling loves cooking and plotting adventures (for herself as well as her fictional characters). Fireborn will be published by HarperCollins in 2021.

I’m so excited to be part of the blog tour for Fireborn by Aisling Fowler. This is a fast-paced fantastical adventure that follows Twelve, who has given up her life to the Hunting Lodge, where people train to become hunters. The hunters’ main job is to rid the world of the myriad of monsters that inhabit and threaten it. When the Hunting Lodge is attacked, and one of Twelve’s friends is taken, Twelve goes on an epic quest to find her. With the help of some surprising friends, can Twelve rescue her friend from the monsters before it’s too late? And what is the real motive of the monsters?

Twelve is such a great protagonist! Brave and determined, Twelve gives up her name, her family, basically her whole life to become a hunter. She is fierce and strong, though she is also sometimes a bit impulsive, which gets her into trouble. When she decides to find her friend who was taken during an attack on their training facilities, Twelve shows a lot of loyalty and perseverance. I like how she handles adversity and that she never gives up, and I enjoyed her journey throughout the story.

The side characters are great too, and Twelve’s travel companions add so much to the plot. They are an unusual group, which makes for some interesting situations. Dog is one of my favorites, though I also love Twelve’s squirrel friend Widge. Widge is such a cute and intuitive little friend, and both characters show that allies and friends are everywhere. Five and Six, Twelve’s other travel companions, aren’t exactly Twelve’s friends. However, they all have the same goal – to rescue Seven before it’s too late. They have to put their differences aside and work together, which is not always easy. There are some great messages here about teamwork, forgiveness, the ability to change, and helping others.

Themes of friendship, found families, prejudice, bullying, overcoming obstacles, dealing with grief, and more are woven into the story and also add to the character and plot development. I think many of the themes will resonate well with middle-grade readers. Even though Fowler created a fantastical world that is so unlike our own, the themes prove universal.

Speaking of world-building, the world-building in this book is as strong as the character development. It’s so dark and mysterious and dangerous and vividly depicted. The monsters and supernatural creatures are scary and dangerous and so well described. I also love how the story includes descriptions of each monster from A Magical Bestiary, a textbook used by Twelve. The book provides pertinent information about each creature and ranks them based on aggression, difficulty to disable, and the danger posed. It’s such a great way to provide information about unique creatures without burdening the reader with too much information at once. It also adds to the suspense because when you read that a monster has a high ranking, you automatically prepare for a lot of danger and excitement.

An exciting and adventurous quest, Fireborn is a thrilling middle-grade fantasy. The ending hints at the possibility of future books, and I’m excited to see where Twelve’s adventures take her next! Thanks so much to the author and The Write Reads for the copy of the book in exchange for my honest review.

You cannot judge a whole clan based on the actions of a few. 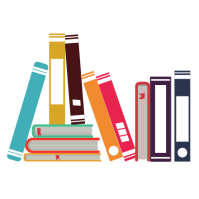 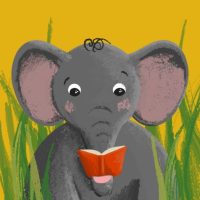