Synopsis: Will Hart, the Duke of Ashmore, is everything his father was not: scrupulously honest, forbidding, and apparently joyless. As a duke, he’s a catch, but as a grumpy stick-in-the mud, no lady knows quite how to catch his eye. When his sisters concoct a plan for him to visit a run-down family property in Cornwall, he reluctantly agrees, hoping it will be a chance for him to rediscover the carefree man he once was.

Madeline Ravenwood believes she can do anything she puts her mind to, including running the gardening business she inherited from her father and being a founding member of the Royal Visit Committee. Hard at work preparing for Princess Beatrice’s visit to judge their annual flower show, the appearance of a stern, handsome duke is a distraction Maddie doesn’t need.

Tasked by the committee to convince the duke to repair his ramshackle manor house in time for the royal visit, he agrees, if she will join him as he explores Cornwall. Spending their days, and nights, together, Will’s love for Maddie becomes too strong to ignore. But Maddie knows how different their worlds are and when the burdens of his title reappear, can Will convince her that she’s the woman he’s been waiting for?

When Will Hart, the Duke of Ashmore, travels to the family lands in Cornwall at his sisters’ request, he never expects to run into the woman who witnessed his broken engagement. Madeline Ravenwood is equally stunned when she is tasked with convincing Will to fix his eye-sore home before a special visit by Princess Beatrice. So much rides on Princess Beatrice’s endorsement, including the success of her family’s business, but the more time Maddie spends with Will, the more she questions her priorities. Will’s feelings for Maddie grow stronger as they spend their days together, but can he convince Maddie that they have a future together when social constraints and expectations threaten to keep them apart?

As much as we can, we should try to carve out the future we want for ourselves.

The majority of the story takes place in Haven’s Cove, a seaside community where Madeline lives. A small community where everyone knows everyone else, Haven’s Cove is vividly depicted, and I can see why Maddie loves it so much. It sounds so beautiful and is the perfect backdrop for the story.

Maddie is a hardworking, generous, and kind woman. She is independent and very different from the women Will is accustomed to interacting with. Maddie is very involved in her community and is on numerous committees, including the one preparing for Princess Beatrice’s visit. So much rides on this visit, and Maddie is hoping that it will boost the economy and garner more recognition for the nursery she inherited from her parents. Maddie is often conflicted between her responsibilities and her desires, and this proves true when it comes to how she feels for Will.

Will is super swoon-worthy in a grumpy kind of way. At the start of the story, his life revolves around restoring his family name and providing his younger sisters with a secure future. He is intense, and people see him as rigid, heartless, and unpleasant. Leaving his duties behind, leaving the ton and polite society, and even leaving the pressures of being the eldest brother responsible for the well-being of his younger sisters gives him the opportunity to be himself. He finally has a reprieve and doesn’t even realize how much he needs it.

With Maddie, Will completely lets his guard down. He’s so much more relaxed and himself when he’s with her and without all of the pressures of the dukedom and the desperate need to restore his family name and right his father’s wrong weighing him down. And Will changes so much as the story progresses, as does Maddie. They definitely bring out the best in each other and encourage each other to live their best lives. I love how they both come to realize what is truly important.

Whatever he was, whatever his duties, what mattered most was being the man she made him want to be. Kinder, better, more patient and curious.

The love story between Will and Maddie is fantastic. They have such amazing chemistry, and I like how they learn more about themselves and each other as their relationship progresses. They have a lot in common and relate to each other well, even though they are from different social classes and have lived very different lives. For example, both characters have had responsibilities thrust upon them, and neither had much say in their futures. These commonalities connect them on a deep level. On top of that, their chemistry and romance are so swoon-worthy!

The gifts Will gives Maddie, the way he tries to see things from her perspective, his newfound interest in flowers because she loves them so much, and their mutual respect and thoughtfulness are so lovely. Will does so many thoughtful and touching things that contrast with the man people think he is. His actions regarding Maddie show just how much he’s changed. Maddie, in turn, is generous and giving with Will, and she often puts her own duties aside to help him. They have such wonderful chemistry, and the slow-building romance is definitely my favorite part of the story.

Duke Gone Rogue is a great start to what promises to be a fun new historical romance series! It’s an entertaining read with well-layered characters, and the love story is romantic, angst-filled, and a bit steamy. I’m so thankful to Avon, NetGalley, and Christy Carlyle for a copy of the book in exchange for my honest review.

Sometimes, once change has begun, the transformation comes quickly.

Often it’s not our actions that destroy us but what others do with the knowledge of them.

She could not control the behavior and choices of others; she was only responsible for her reactions to them.

She was a unique kind of beautiful.

This is an entertaining story for readers who like historical romance!

Follow One Book More on WordPress.com
Join 6,470 other subscribers

I’ve been sick all week. This virus hit me hard! But nothing cheers me up more than receiving book mail. Thanks to @booksforwardpr for sending me a copy of The Musician by @heloisa.prieto
Book Mail: Special thanks to @shadowmountainpub and @properromanceseries for sending me copies of Beauty Reborn by Elizabeth Lowham & A Heart Worth Stealing by Joanna Barker! These both sound like fantastic reads, and I’m eager to start them. ❤️❤️
I was so excited to be able to meet R.F. Kuang and hear her speak at Brown University a few weeks ago. And she signed my copy of Babel!!
✨Blood Solace by @velarothauthor✨
Can we just talk about how gorgeous this new print for The Claw and the Crowned by @sarahmcradit is? I adore all of the art for Cradit’s Book of All Things series, but I think this one is now my official favorite. 💜 It’s called “Mine,” and was done by the amazing Stephanie Brown of Offbeat Worlds - @offbeatworlds
💜 Interior Reveal 💜 for The Claw and the Crowned by @sarahmcradit 💜 Illustration by @theillustratedauthor 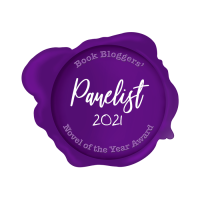